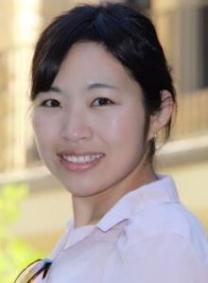 Lin Bian examines the development of social cognition, with an emphasis on children’s reasoning about social categories. In this vein, she has pursued two major lines of research: one line of work focuses on the acquisition and consequences of stereotypes about social groups for children’s interests and motivation. The other focuses on infants’ and toddlers’ sociomoral expectations, especially as how they apply to behaviors within vs. across- group boundaries. Before moving to the University of Chicago, she was the Evalyn Edwards Milman Assistant Professor at Cornell University. She obtained her B.S. in Psychology at Zhejiang University (China) and her Ph.D. in Developmental Psychology at the University of Illinois at Urbana-Champaign, and completed her postdoctoral training at Stanford University. 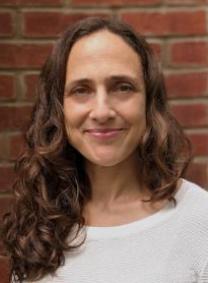 Terra Edwards is a linguistic anthropologist interested in the existential and environmental foundations of langauge. Broadly, her research asks how different ways of being in the world give rise to different kinds of languages. Since 2006, she has been pursuing this interest in DeafBlind communities, where new “protactile” ways of being have emerged alongside a new protactile language. Her book—Going Tactile: Life at the limits of Language—is an ethnographic exploration of life in DeafBlind communities in the United States where the main challenge people encounter is finding new tactile ways of being in the world as they lose their primary, visual sense. She received a Ph.D. in Anthropology in 2014 from the University of California, Berkeley and an M.A. in Anthropology from the University of Texas at Austin. Before joining UChicago, Edwards held faculty positions in the Department of Linguistics at Gallaudet University and the Department of Sociology & Anthropology at Saint Louis University. 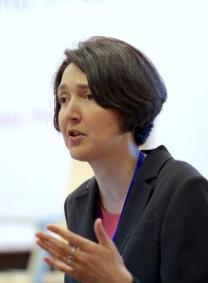 Rachel Glennerster has established innovative, rigorous methods for understanding and evaluating programs aimed at addressing global poverty. Her work has provided important methodological and substantive insights on questions of health policy, economic development, democratic governance and women’s empowerment in developing countries. In addition, she studies policies aimed to promote political development and democratization in developing countries. Among other projects, she has worked with partners in Sierra Leone over a number of years to formulate and evaluate policies aimed to promote democratic decision making and civic participation.
Prior to joining UChicago, she served as the Chief Economist for the Department for International Development. This position followed on an eminent career of engagements in international policy, including appointments at the International Monetary Fund and the UK Treasury. In addition, for over a decade, Glennerster has led the Abdul Latif Jameel Poverty Action Lab (JPAL) at MIT. She is a Fellow of the Royal Society of Arts and of the Bureau of Research and Economic Analysis of Development. Glennerster completed her undergraduate degree in Philosophy, Politics and Economics at Oxford and her masters and doctorate in Economics at Birkbeck College. 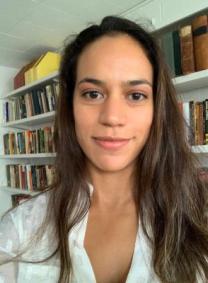 Mary Hicks’ research on the history of slavery and emancipation in the African diaspora focuses on early modern Brazil, West Africa and the transatlantic slave trade. She is currently completing her manuscript, Captive Cosmopolitans: Black Mariners and the World of South Atlantic Slavery, 1721-1835 (University of North Carolina Press) which is based on her award-winning dissertation. Her next project explores the relationship between gender, race, slavery and sexuality in the early modern Atlantic world. Her work has been published in the Journal of Global Slavery, Slavery & Abolition, The Many Faces of Slavery: New Perspectives on Slave Ownership and Experiences in the Americas (Bloomsbury), and 400 Souls: A Community History of African America, 1619-2019 (One World). She earned her PhD in Latin American history from the University of Virginia and her BA in History from the University of Iowa. She previously taught at Amherst College and was a fellow at Harvard University. 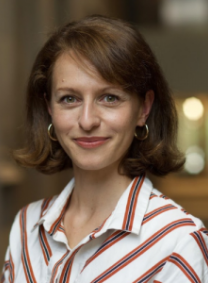 Anne Karing’s research investigates the intersection of development and behavioral economics. Her research interests include economics of healthcare delivery and health-seeking behaviors in low-income countries, applying insights from psychology; how social signaling motives can change behaviors, in ways that benefit individual health and society; and large-scale field experiments that examine the effectiveness of social signaling incentives in increasing the demand for childhood immunization and deworming treatment in Sierra Leone and Kenya.
Since receiving her PhD in economics from the University of California, Berkeley in 2019, she has been an Assistant Professor of Economics and Public Affairs at Princeton University, as well as a visiting researcher at Stockholm University. 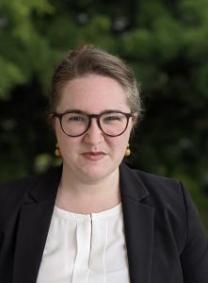 Emily Kern is a historian of science, with a specialty in the intellectual and cultural history of anthropology, evolution, and the life sciences. Her research and teaching focus on the relationship between the production of scientific knowledge and the production of global political power in the nineteenth and twentieth centuries. Her current book project, The Cradle of Humanity: Science and the Making of African Origins, explores how the African continent became the “cradle of humankind” and the pre-eminent site for human evolutionary research that it is today. Kern earned her BA at the University of Pennsylvania and her PhD at Princeton University in 2018. Her dissertation won the 2019 DHST dissertation prize from the International Union of History and Philosophy of Science and Technology. Before coming to Chicago, she was a postdoctoral research fellow in the New Earth Histories Research Program at the University of New South Wales in Sydney, Australia. 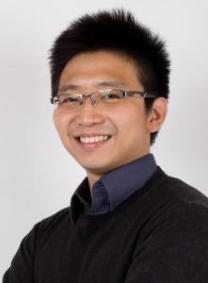 Yuan Chang Leong’s research aims to understand the neural and computational mechanisms underlying motivational influences on human cognition. How do goals, desires and needs shape how people perceive and respond to the physical and social world? Are people inherently biased to see what they want to see? Why does the same news footage elicit strong yet opposing responses from people with different political beliefs? Research in his lab examines questions like these using a combination of functional magnetic resonance imaging (fMRI), computational modeling, psychophysics, physiological measures, eye-tracking, and naturalistic task paradigms. He received his A.B. in Psychology from Princeton University and his Ph.D. in Psychology from Stanford University. He then completed his postdoctoral training at the Helen Wills Neuroscience Institute at the University of California, Berkeley before joining UChicago. 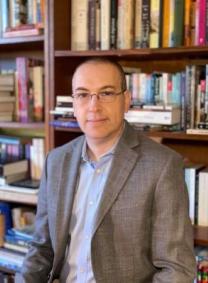 Kenneth Moss studies modern Jewish politics, culture and thought in the age of the nation. His work traces how Jewish visions of cultural and political self-determination were realized, frustrated, unmade or recast across the 20th century from Russia and Poland to Palestine and Israel—and what happened to Jews in the process. His acclaimed first book, Jewish Renaissance in the Russian Revolution (2009) examined the triumph and tragedy of bids for Yiddish and Hebrew cultural renaissance amidst total war and revolution. Recovering bold artistic creativity and nation-building undone by violence and repression, Jewish Renaissance demonstrated the intensity of Jewish engagement with the liberal ethos of culture and art as vehicles of freedom, and the surprisingly deep impact of that ethos on Jewish nationalism. This autumn, Harvard University Press will publish Moss’ second book. An Unchosen People: Jewish Political Reckoning in Interwar Poland, which traces how pre-Holocaust Europe’s largest Jewish community reckoned with nationalism’s pathologies, diaspora’s fragility, Zionism’s promises and the problem of choice under conditions of powerlessness and danger. He was previously the Felix Posen Professor of Modern Jewish History at Johns Hopkins University. 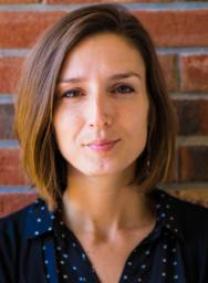 Molly Offer-Westort works on quantitative methodology for social science research, with a focus on causal inference and experimental design. Offer-Westort’s PhD is joint in Political Science and Statistics & Data Science, from Yale University in 2019. She also holds a Masters in Statistics from Yale, and a Masters in Public Affairs from the Princeton School of Public and International Affairs. Before joining UChicago, Offer-Westort was a postdoctoral fellow in Susan Athey’s Golub Capital Social Impact Lab at the Stanford Graduate School of Business. Her undergraduate degree was in cultural anthropology from Grinnell College; after college, she spent a year in Lesotho, teaching high school students, and two years in Madagascar, as a Peace Corps volunteer. 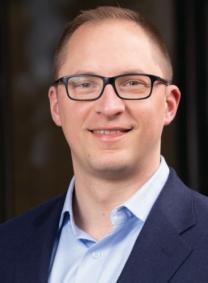 Jon Rogowski’s research interests are in American politics, where he studies representation and accountability, political institutions, and American political history. His current research projects study the growth of bureaucratic institutions and the use of presidential power in the contemporary and historical periods. He regularly teaches courses on presidential and congressional elections, the American presidency, executive branch politics, and research methods. Rogowski received his PhD in political science from UChicago in 2012. Before returning to Chicago, he held faculty positions in the Department of Political Science at Washington University in St. Louis and the Department of Government at Harvard University. 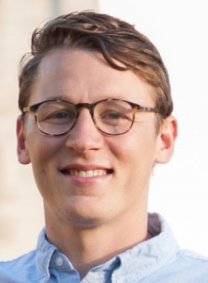 Joseph Root studies Market and Mechanism Design, Microeconomic Theory, and Behavioral Economics. His research focuses on identifying unifying mathematical features for resource allocation among individuals or groups, in order to increase the scope of applications for market design. Prior to joining the faculty at UChicago, Root was a postdoctoral fellow at the Social and Information Sciences Laboratory at Caltech. He received his Ph.D. in Economics and an M.A. in Mathematics from UC Berkeley. He also received a BA in Applied Mathematics and Economics at UC Berkeley. 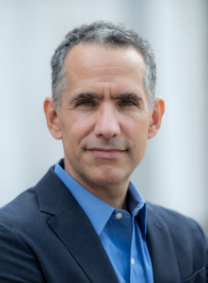 Rossi-Hansberg considers the spatial properties of economic growth in terms of both the within-country and international dynamics of the spatial organization of economic activity. His 2018 Journal of Political Economy paper, “The Geography of Development,” offers a novel framework incorporating the barriers that impede workers from migrating, and distinguishing positive reasons for staying in place from barriers to leaving. His contributions to the study of international trade are equally significant. In addition to these lines of research, Rossi-Hansberg has made important contributions to the study of organizations, with a focus on variations in knowledge in organizational hierarchies and the implications of knowledge asymmetries for labor economics and international trade.
He is an elected fellow of the Econometric Society and has received the August Lösch Prize, and the Geoffrey J. D. Hewings Award, among others. He was previously the Theodore A. Wells Professor of Economics at Princeton University. He is an alumnus of the University of Chicago. 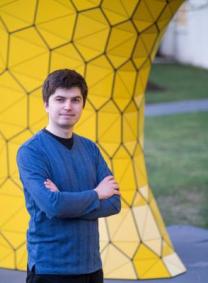 Anton Strezhnev’s research focuses on applied quantitative methodology, with an emphasis on developing methods for reliable causal inference in observational settings and descriptive analysis of network data. Substantively, he studies international organizations, the empirical analysis of law, and the governance of global trade and investment. Strezhnev is particularly interested in dispute settlement between investors and states along with the ways in which multinational firms leverage international legal regimes to influence the behavior of governments. He most recently served as a CDS-Moore-Sloan Data Science Fellow at the New York University Center for Data Science. Strezhnev received the PhD in 2018 from the Department of Government at Harvard University.