Research shows how partisanship undermines the effectiveness of public policy 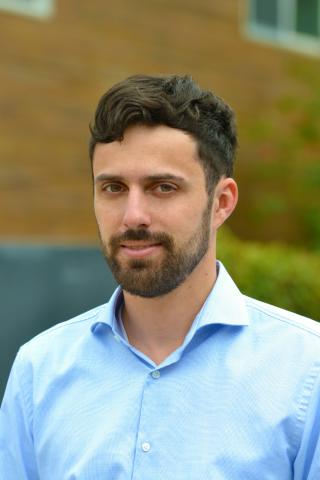 Partisan polarization has increased dramatically over the past 30 years. Gridlock in Congress can make it difficult to pass effective policy — but can polarization also affect how successful policies are? Researchers, including Leonardo Bursztyn, professor in the Kenneth C. Griffin Department of Economics, investigated how partisan concerns led Republicans to opt out of Affordable Care Act plans, ultimately driving up costs and leading to less functional healthcare markets. The findings are published in a National Bureau of Economic Research working paper.

The researchers found a large gap in ACA enrollment between Republicans and Democrats. But this gap was entirely because healthy Republicans were enrolling substantially less than healthy Democrats: The cost of making the political choice to forego coverage was small because the healthy could buy non-ACA insurance cheaply (or go uninsured). For unhealthy Republicans, the cost was much greater — private insurance was unaffordable for the less healthy, and going uninsured was very risky — and so they enrolled in ACA plans at essentially the same rate as unhealthy Democrats. These opt-outs by healthy Republicans meant that the average enrollee in ACA plans was less healthy and more costly for insurance companies to cover, which drove up costs and forced the government to increase spending on subsidies to keep markets functional. In this way, Republicans’ original claims that the ACA would be unsuccessful caused the ACA to indeed be less successful.

“This notion of a self-fulfilling prophecy is really important,” says co-author Aakaash Rao, a PhD candidate at Harvard. “Whether it's healthcare, vaccination campaigns, public education, or public transportation, a lot of policies depend on buy-in from a broad segment of society. When we have increasing political polarization and one party is always trying to undermine the policies promoted by the other, that really undermines this buy-in.” As in the ACA case, this can in turn undermine the success of the policy as a whole, harming even those who fully participate.

“Health care is a good example of this ‘spillover’ effect,” Bursztyn says. “Or earlier in the pandemic, think of social distancing: If people don't follow the guidelines, that doesn't affect just themselves, but also affects others. There are negative externalities that could affect more than just the person who's not complying.” (In a separate paper, forthcoming in the Review of Economic Studies, Bursztyn, Rao, and colleagues have investigated the role partisan narratives played in undermining the response to COVID-19.)

Because many public policies are most effective when they are widely used, it’s crucial that policymakers reconsider how they present them to citizens. Bursztyn and Rao offered a few solutions based on their research.

First, they suggested framing policies differently. “With the ACA, there's work showing that when you frame it as a market-based approach, then Republicans are more likely to take up a plan,” Rao says. “Similarly, with COVID, framing the vaccine as a success of the Trump administration led Republicans to be much more likely to state that they were willing to get vaccinating.”

But administrations want to take credit for their successes: It’s hard to imagine Biden branding the vaccine as a Trump victory. The researchers suggest there’s instead room for private actors or nongovernmental organizations to reframe policy away from ideology entirely.

“Trying to keep the debate in a less political sphere will definitely be a step in the right direction,” Bursztyn says.