A Community of Scholars

Consistently ranked among the top ten social science research universities in the world, the Division of Social Sciences is at the vanguard of inquiry and impact. Whether through the field-defining scholarship of the Chicago Schools in Sociology, Political Science, and Economics, the path-breaking impact of the first graduate international affairs program in the U.S., the creation of interdisciplinary programs in the Department of Comparative Human Development and the John U. Nef Committee on Social Thought, or many other pivotal milestones, the Division has repeatedly transformed the social sciences since its founding in 1930.

What is tree equity? A new tool from UChicago data scientists is helping to transform neighborhood health 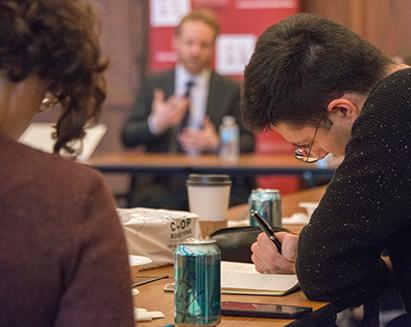 Faculty in the News

Foreign Policy - The Jan 6 Insurrectionists Aren't Who You Think They Are; In Op-ed, Prof. Robert Pape discusses research on the backgrounds and motivations of Jan 6 insurrectionists

VOA - One Year After the Capitol Riot, Many Americans See US Democracy in Peril; Prof. Susan Stokes discusses ongoing threats to democracy in the US

Search for faculty by name and field/area:

Explore More in The Faculty

The social sciences are the means by which we come to understand the world in which we live.